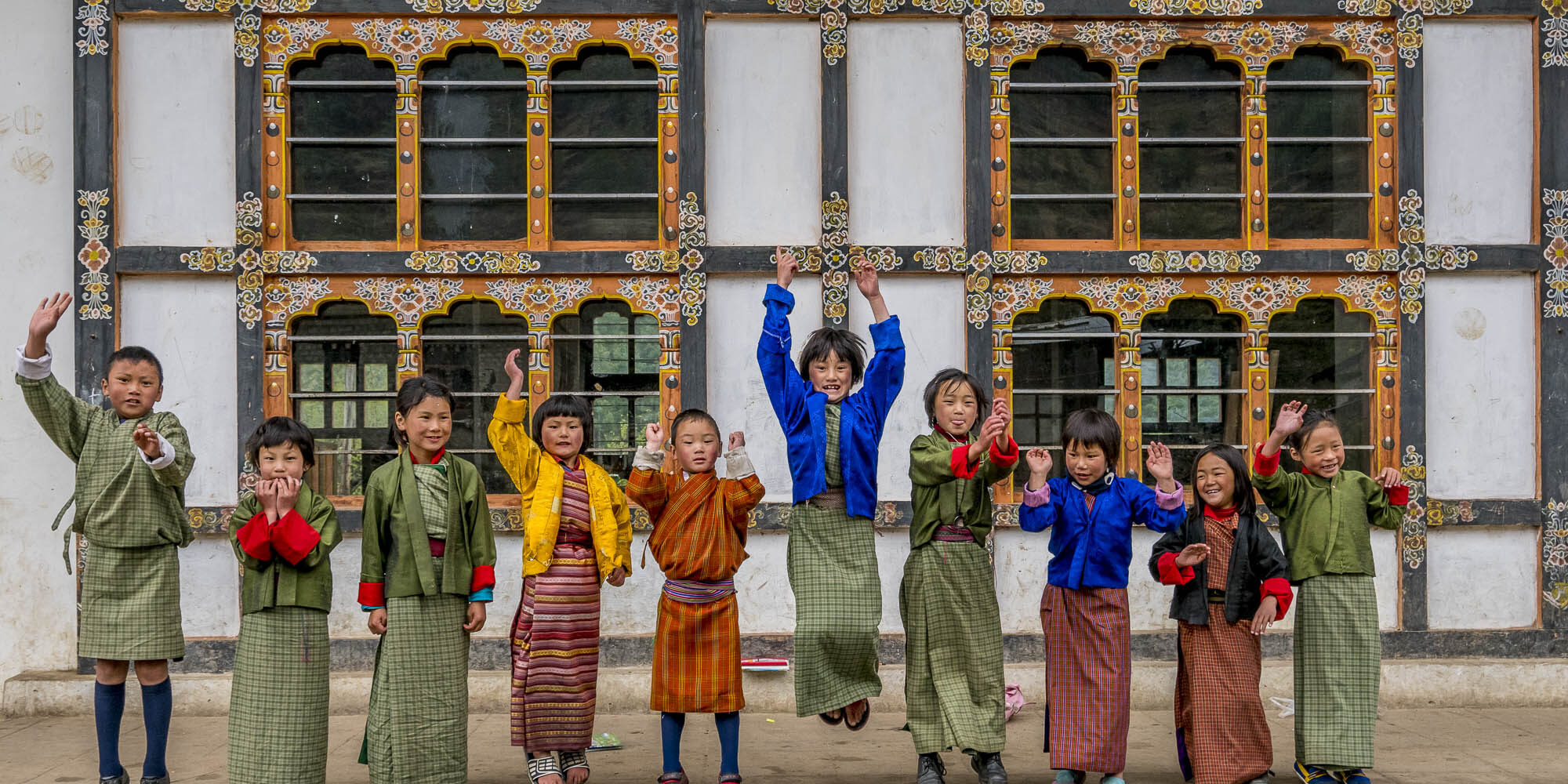 Bhutan is tucked inside the Himalayan mountain range of southeast Asia, where the mountain range provides physical isolation from the surrounding countries. Isolation is a big theme for Bhutan, which manifests itself not only geographically but also culturally. Bhutanese culture places a high value on cultural preservation and didn’t even let foreign visitors enter the country until late in the 20th century. The original name for the country is Drukyul, which means “Land of the Thunder Dragon.”

Bhutan was formed when Tibetan travelers packed up and moved south across the Himalayan border, because of this Bhutan shares a lot of similarities with Tibet. Bhutan has two languages, Dzongkha and Sharchop, that are very similar to the Tibetan language. They also share a common religion known as Himalayan Buddhism and both countries recognize the significance of Padmasambhava who founded that branch of Buddhism.

Bhutan has the Driglam Namzha which is the official dress code as well as the official behavior code. It tells Bhutan natives everything they need to know like how to dress when they are in public, and how men and women should behave in formal settings. The Driglam Namzha was implemented in 1990 and has had many people who oppose it, with 20% of Bhutan living in exile due to not wanting to conform to the rules in this book.

The national dress code is different for men and women. Men wear thick robes that flow down to their knees along with a belt tied in such a way that it forms a little pocket in the front. When visiting a temple common men must wear a white sash, called a kabney, over their left shoulder. Men of any government standing must wear their own colored kabney.

Women wear beautiful blouses underneath a large rectangular cloth that they fold and clasp in such a way that it makes an ankle-length dress, this is called a Kira. Kiras are usually cotton but can be wool depending on the season. Most of the time the Kiras have simple designs and are earth tone, but for special occasions and festivals, they can be very colorful and even made with silk.

Men and women have equal rights in Bhutan, both men and woman can work in fields together, own a small business, or become a monk, although in actuality there is a low number of female monks. Traditionally men take the lead role in the household and are in charge of cooking, cleaning,  and clothing repair; although that is beginning to change and men are now starting to be seen more as the breadwinner for the family.

Marriage is legal but not everybody in Bhutan gets married. When two people do get married a ceremony is performed with white scarves and the sharing of a marriage cup. Generally, after getting married the newlyweds will live with the wife’s family and help out around the house, but if the husband’s family needs more help it is common to see the newlyweds choose to live with the husband’s family instead. It is socially acceptable for men or women to have multiple spouses, in reality, though it is usually men who have multiple spouses.

Eating is a big part of the day for the Bhutanese. Most meals are eaten without utensils, and family members gather cross-legged on the wooden floor. Women, usually the mother, serve the meals, and the head of the household is served first. Before each meal, a prayer is said and a small dish of food is set on the floor as an offering to spirits and local gods. The country has begun to modernize a bit, and in urban areas meals are eaten with cutlery and often at a table. Bhutanese people also recently started using pots and pans for cooking when they typically used to use earthenware.

Birth and death are huge parts of Bhutanese culture. When a child is born nobody, except those that live there, are allowed to enter the house for three days. On the third day, a purification ritual is performed and friends and family can visit the newborn and bring gifts for the mother. There is no discrimination in the gender of the baby, and babies are not named until brought before the local lama, which is the head of the temple. Newborns are given two names, neither is the family name, and the second of the two names typically indicate gender.

The people of Bhutan believe in rebirth, so death is seen as a transition into a new life. In Bhutanese culture, big, elaborate rituals are performed so that those who die have safe passage into their new lives. The 7th, 14th, 21st, and 49th days after someone has passed are seen as the most important and prayer flags are erected and specific rituals take place on those days. Funeral norms vary in different parts of Bhutan but typically bodies are cremated, while some areas do burials and other areas leave bodies on the tops of mountains so vultures can eat them, this is known as a sky burial and is considered the person’s final act of generosity and compassion.

The education system in Bhutan is still relatively new. The first schools were introduced in the 1960s; before that citizens relied on the local monasteries for education. School is not required and over 50% of children do not attend school. The school system lasts 11 years and is broken up into seven years of primary school and four years of secondary school. Once graduated students have an opportunity for higher education, although there is only one college in Bhutan.

Bhutanese culture has such a unique history to it, never before has a country remained so isolated from the world around it. This allows Bhutan to focus on what makes them unique, and that is a riveting culture focused on happiness and family. Bhutan takes many steps to protect this culture, which is why tourism is heavily regulated and visitors are only granted permission into the country if they use one of the two tour companies in Bhutan.

Holidify. (2019, September 3). Culture of Bhutan: Explore the Mysterious Nature of the Himalayan Kingdom. Retrieved from https://www.holidify.com/pages/culture-of-bhutan-1401.html.