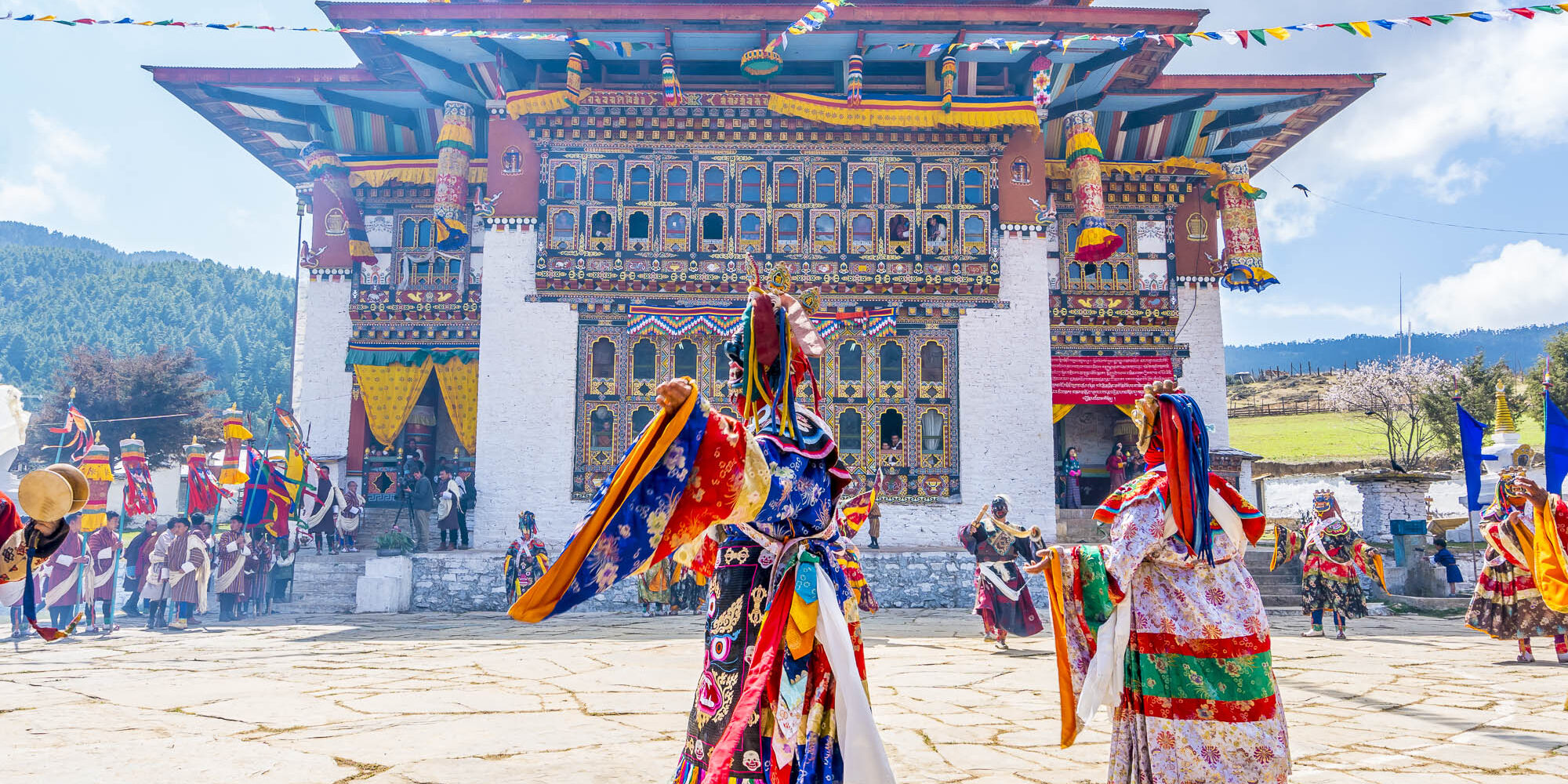 Bhutan is well known for its focus on happiness, so much so that it has implemented gross national happiness which is an index used to show the collective happiness of the country. Because of Bhutan’s focus on happiness, it is no surprise that the people of Bhutan know how to throw a festival. There is at least one major festival each month in Bhutan, each village celebrates the festivals and depending on the village there can be many smaller festivals in a month. The most popular type of festival is called a Tshechu, which means tenth day. Every temple in Bhutan puts on a Tshechu and the temples correspond so two temples don’t have a festival within the same month. The Tshechu festivals occur on the tenth day of whatever month they take place in. These festivals involve singing, dancing, masks, and the receiving of blessings, it is said that every Bhutanese person has to take part in a masked dance to wash away their sins.

The Thimphu Tshechu is one of, if not, the largest festivals in Bhutan and usually has thousands of people in attendance. The Bhutanese people put on their best garments and head to the capital city for three days of dancing, religious ceremonies, drinking, singing, and creating bonding moments as a collective group. During this time most jobs are not performed even if someone decides not to participate in the festival they still get the three days off. This festival takes place in the fall.

The Paro Tshechu is probably the second largest festival and takes place in the springtime. This festival is the biggest of all springtime festivals and shares many similarities with the Thimphu Tshechu. Monks dress in fancy costumes and act out famous legends based in Bhutan’s Buddhist history. Because this festival takes place in spring it is usually the most vibrant of all festivals. At the end of the festival, a giant scroll of over 40 feet is unrolled, the scroll dates back as far as 350 years.

The mountain echoes festival is a festival put on by a group that is part of the India-Bhutan Foundation and thus is more of a showcase for the sharing of cultural ideas, art, and music. This festival also has traditional singing and dancing as seen in other Bhutan festivals but this festival also brings in speakers from all around the world including the United States.

Other notable festivals include the Jambay Lhakhang Drup and host the fire ceremony where locals run underneath these giant flames. The Wangduephodrang Tshechu is a large festival famous for the “dance of the ox.” The Haa Summer festival takes place in a gorgeous valley and focuses on the traditional lifestyles of the Bhutanese people. The Black-necked Crane festival is a festival that celebrates the arrival of the Black-necked Crane which is an endangered species.

Spectacular Festivals In Bhutan – Land Of The Thunder Dragon. (2019, April 30). Retrieved from https://www.mountainiq.com/festivals-in-bhutan/.

The 5 Best Festivals in Bhutan. (2013, February 3). Retrieved from https://onestep4ward.com/5-festivals-bhutan/