How Bhutan is Navigating the COVID-19 Pandemic 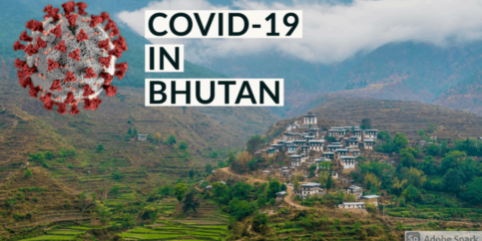 Now six months since Bhutan confirmed its first COVID-19 case, Bhutan has seen only 228 confirmed cases in total. While recently, cases have been rising, Bhutan’s mitigation techniques have been some of the most proactive and effective in the world. While many other world leaders were slow to react to the spread of the coronavirus, the King of Bhutan, Jigme Khesar Namgyel Wangchuck, was not. Khesar closed the borders of the Himalayan nation just 16 days after the first case of COVID-19 was confirmed in Bhutan.

As the government of Bhutan instituted the border closures, along came the ban on the import of fruits, vegetables, and meats. These new trade policies resulted in Bhutanese farmers witnessing a large increase in income as the country now solely relied on them to supply food. In Samtse, chili farmers have seen their most profitable year yet. The Kuensel reported that “farmer Godhak Singh Ghalley, 35, of Lamithang village has been into chili business for the last three years but he said this year was the best, both in terms of harvest and price.” Godhak is not alone in this sentiment as even roadside vendors have seen sales increases by over 40%.

Schools in Bhutan have seen a massive change in protocol in the last few months. Since March 27, Bhutan has shifted to a tele-education method of schooling. This method was carried out through the Bhutan Broadcasting Service (BBS) on all televisions across the country of Bhutan. However, the ministry of education found that around 17,000 students did not have access to a television to partake in the tele-education method of learning. To stay true to Bhutan’s “no student left behind” initiative, the education ministry will supply those 17,000 students with Self-Instructional Materials or SIM. There has been little pushback on the decision to switch to distance learning for the time being.

As Bhutan sits at 228 total confirmed cases of COVID-19, there is no telling what the future may hold. However, if the country and its officials continue these safety measures, the curve may stay flat until a vaccine is distributed to the populous. As a recent lockdown has just been put in place, the Bhutanese citizens hope to return to life as normal as soon as possible.